Since 2007 we have staged twelve exhibitions showcasing the work of over one hundred local and international artists and performers ranging from students and emerging artists to Mac Arthur awardees. 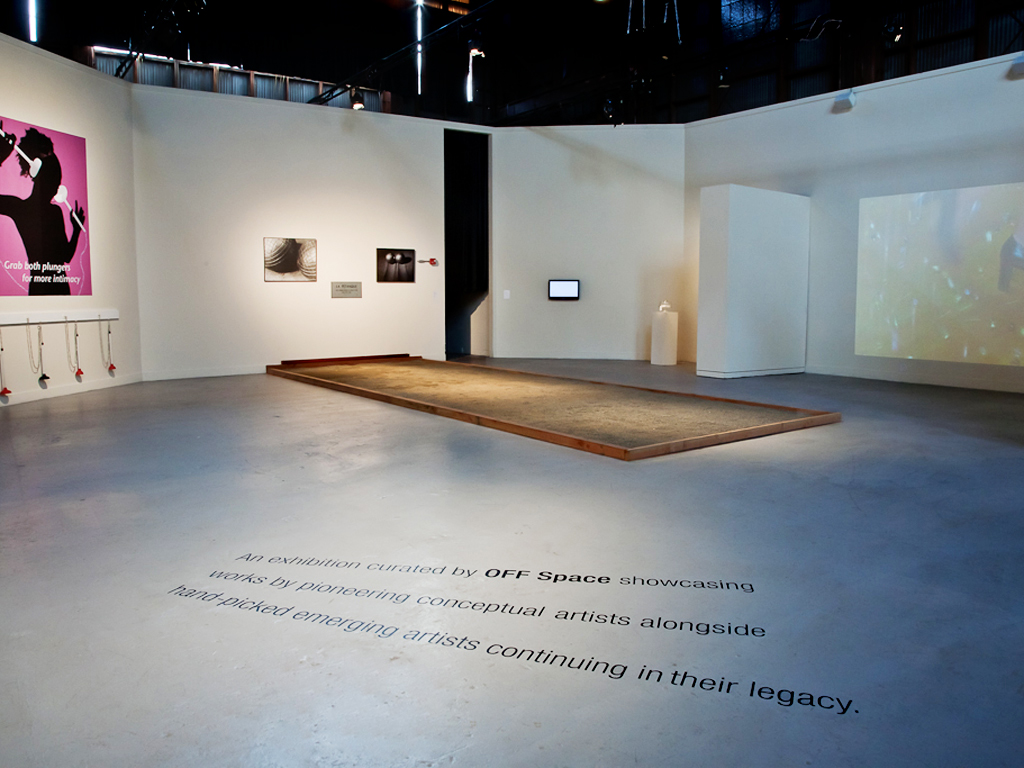 Proliferations I, at Rhodes and Fletcher, San Francisco, CA 2009

Filters: All
Warning: Invalid argument supplied for foreach() in /nfs/c02/h03/mnt/42339/domains/off-space.org/html/wordpress/wp-content/themes/super-skeleton-2-0-4/template-portfolio-3col.php on line 63

On the evening of March 6, 2009 over 4,000 people in the San Francisco Bay Area came to experience the Warhol phenomena through art, music,...

Since our inception in 2007, OFFspace has staged a dozen exhibitions in unexpected spaces and host galleries. Featuring the work of over 100 artists...

The Chapel of the Chimes, aside from its historical importance and architectural beauty serves as a site of repose, contemplation, transcendence and remembrance. It...

In speaking to this era of both limitless and very limited possibilities, the artists in Proliferations I + II reflect upon and inspire strategies for...

It is not at all clear where the boundaries of ‘conceptual art’ are to be drawn, which artists and which works to include. Looked...

Shifting Margins included an international roster of artists and variety of opportunities (live cast presidential debates, artist and curator talks and receptions)  to engage in...