The other at its core points to polarizing dichotomies whether of race, religion, social class, gender, sexual preferences. To imagine the other one need not look far, perhaps there is someone standing next to you, and that person then is the other. 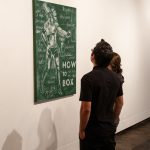 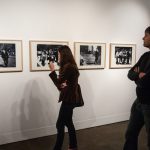 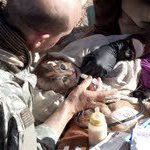 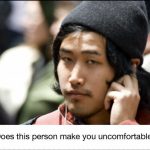 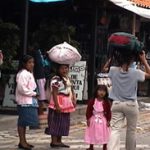 Conversely, the other can be as close as ones own reflection in a mirror. Throughout history the other has been a moving target as various cultures merge and blend through territorial expansion, war, and trade—today we can add to the list of factors television, trans-continental flight and the Internet. Our world is shrinking; people and ideas move over distances and through time in a way almost unimaginable twenty years ago. Yet we live in a world where cultural homogeneity as concrete fact has never been experienced. The lines of delineation are razor thin; we are all the other dealing with stereotypes, whether self or socially ascribed. So what is the real significance of other in our globally sensitized technologically enhanced world? Who or what is other –by what means are otherness and sameness manufactured, and by whom? Influenced by psychology, mythology, pedagogy, semiotics, medical “advances” and corporate branding, the artists featured in this exhibition: Eric Sanchez, J.C. Lenochan, Luther Thie and Kathryn Williamson along with Lynda Jarman and Ron Longsdorf employ a variety of strategies to tackle these questions; leaving us to contemplate, in addition to our own preconceptions of self and other, the role of the artist as outsider, as the Ur Other who provides a compass point by which to search out meaning in our shifting world.