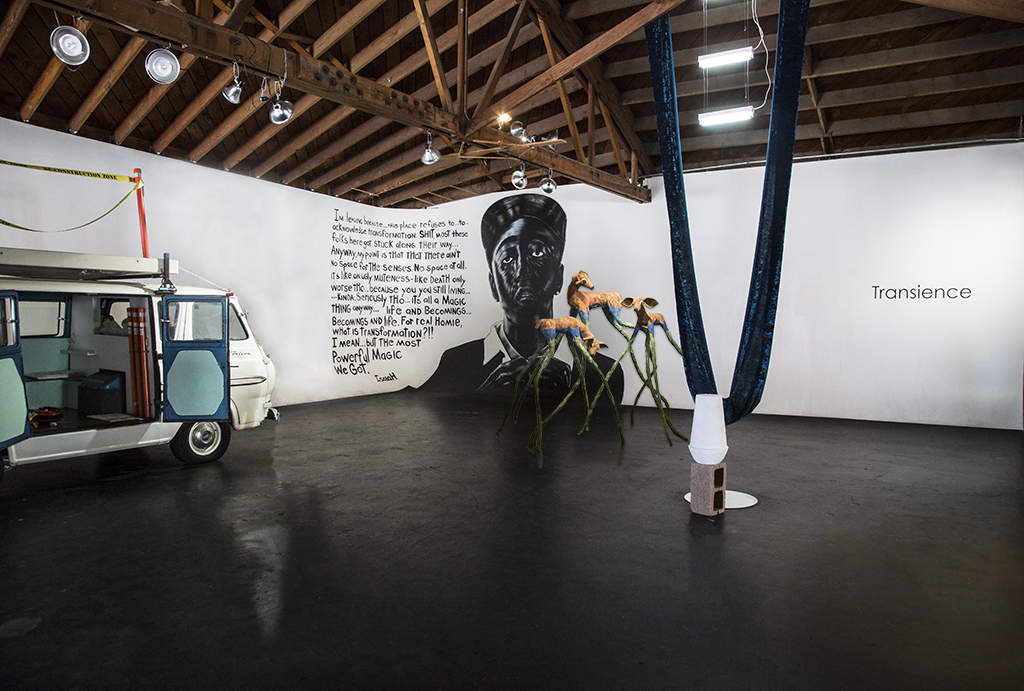 Reaching far beyond this primary symbol, and reflective of this space in flux the work presented in Transience shifts between the concrete and poetic. Embodying both concepts, Marya Krogstad’s Untitled is tangible yet evanescent, displaying shifting possibilities and repelling any attempt at resolution. In contradiction, because what is a transient state if not an antonymous space? MAP (Peter Foucault & Christopher Treggiarri) points to the potential transition of a city (Oakland) from a diverse social cultural and political space to a unilateral site of gentrification and homogenization. Oakland Re:Construction offers a platform to both acknowledge and challenge this dystopic potentiality.

Transient too, are the marks made by artists in this time of upheaval. Christopher Burch and Christopher McNulty explore, in very different ways the nature of ephemera. McNulty’s piece Stain, pays oblique homage to the exhibition site and the automobile itself by documenting and beautifying tail-pipe exhaust.  Making the invisible visible and reminding viewers of the physical detritus and costs of our cultural momentum. Burch questions the assumed schism difference between myth and history with his large-scale drawings and points directly at transition and transience by creating the work during the exhibition. Done directly on the walls, this work will both disappear and linger under coats of paint after the exhibitions closing.

Finally, in this quest for more, faster, sooner, we must face the havoc we wreak on the planet and its fragile equilibrium. We are still in a transient space yet we have irrevocably altered our world. Karrie Hovey’s Phase impresses upon us the changes that species are facing, forever distorted in ways both beautiful and on a deeper level, horrifying.

These artists combine a sense of subversive playfulness with sincerity to engage the viewer on multiple levels and question our course of action as a species. They investigate ideas of community, one’s sense of place and history, the changing vision of our relationship to time, and the physical ephemera of our history. 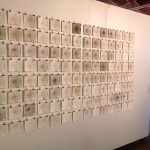 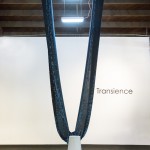 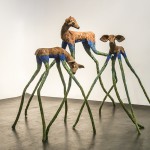 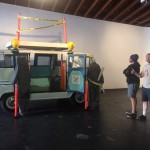 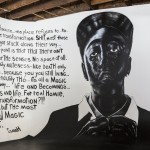